The Power of A Day Well Lived 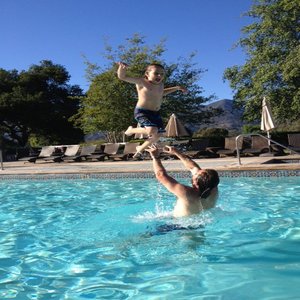 On the eve of his 44th birthday, as his son fell asleep on the top bunk, Todd Lieman contemplated his day on the lower bed. He’d be the first to admit that he was feeling sorry for himself. The hopes and dreams he had for himself seemed forever out of reach. The thought of 44 candles only made it worse.

In order to teach his son about the power of gratitude, each night, prior to going to sleep, Todd asked his son to recount three things about his day for which he was grateful. In a moment of “practice what you preach,” Todd thought maybe he should do the same. So, like all media professionals in the digital age, he Tweeted, “Worked out. Wrote. Played with my son. #adaywelllived.” And, in that instant, everything changed.

“I was the king of what I call the ‘gratitude disclaimer,” explained Todd. “You know when you say something like ‘I don’t want to sound ungrateful, but’ and then you go on to say something totally ungrateful. It was weighing me down.

After sending that Tweet, Todd followed up with a Facebook page. He started by inviting a few friends to post status updates, pictures and quotes about what it meant to have “A Day Well Lived.” He purchased a small ad buy on the Facebook network and in a year, the community grew to more than 100,000 people.

Lieman has plans to expand A Day Well Lived from the his Facebook community and is currently developing ADayWellLived.com.

“I believe A Day Well Lived and Live Riveted to be kindred spirits,” said Todd. “They both celebrate the ability to be in the moment and to live the kind of life that makes you the most engaged and satisfied. For some – that’s probably jumping off a bridge, but for others, it’s just a night with friends and family.”