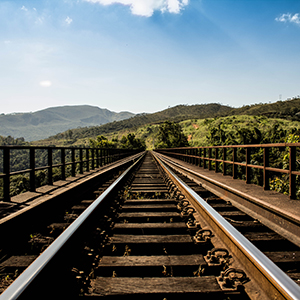 When I got on a crowded subway on a recent afternoon I was delighted to find a seat. It was only a 15-minute ride to New York City, but I was happy to save my energy for shopping with a friend.

A few minutes into the ride I realized the man sitting next to me was hunched over, head close to knees. One of the things I’ve learned from riding subways the last 15 years or so is that this is a classic sign of intoxication. While I applaud someone taking mass transit after one too many drinks, my main concern is typically that they don’t get sick on or near me.

So as I looked at this man clearly in discomfort, my thoughts went something like this: Why me? Should I move? Ugh. I don’t want to be the target when this guy loses it. What should I do? I don’t want to stand. No wonder the seat was empty. Just my luck.

As I spiraled deeper into “me” mode, I noticed the man was holding a plastic cup filled with ice. No beverage, just the little cubes. He was taking out one at a time to suck on. And this is when it hit me – maybe he feels queasy because he just came from chemotherapy or because he just got some tragic news. Who knows? It could be any number of things.

I went from “How can I escape this guy?” to wanting to put my arm around his shoulders and tell him everything would be OK. It was jarring, this turnabout in my entire demeanor. I softened. It almost felt like I was hovering above and watching myself go through a transformation. That dichotomy that comes with being, as a friend called me once, “a Zen chick with a Jersey edge” was on stark display.

As the edge started giving way to the Zen, my next thought was -- Nancy, this is not about you. I began to wonder why my first reaction to seeing a human being in distress was annoyance about how it might affect my day. Don’t mess with my retail high, man. I’m packing gift cards and I’m on a mission.

Blessedly, most times I Live Riveted to adjusting my attitude when it needs it. Thank goodness I’ve reached a point in life where I’m aware of this behavior. I can make a shift and pop out of annoyance mode quickly once I realize what I’m doing. That’s something.

I remember a time when pretty much everything was about me. The guy who cut me off in traffic. The delayed flight. The line I didn’t pick moving faster than the line I did. Yes, I was a hand-on-hip toe tapper wearing the expression that says, “Do you not see me waiting here?”

Suffice to say I am so pleased I caught myself going to the “me” place on this subway ride and then righted my thinking. As the man stepped from train to platform, I hoped he’d find a warm bed or someone’s arms real soon.

Then I went off to shop, a little bit changed.