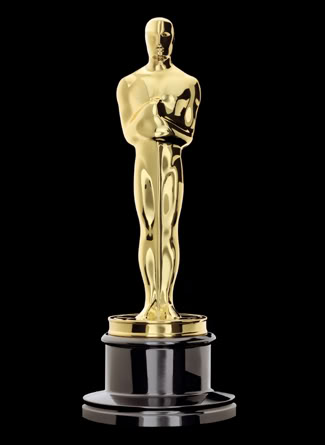 This one belongs to actor Matthew McConaughey and his much-discussed acceptance speech at the Academy Awards when he won for Best Actor.

Because suddenly I wonder if it isn’t a really innovative idea to live riveted to the notion of “someone to chase.” We were all curious what McConaughey meant when he introduced the concept in his speech. He went on to explain it like this:

“My hero. That’s who I chase. Now when I was 15 years old I had a very important person in my life come to me and say ‘Who’s your hero?’ And I said, ‘I don’t know. I’ve got to think about that. Give me a couple of weeks.’ I come back two weeks later. This person comes up and says, ‘Who’s your hero?’ I said, ‘I thought about it. You know who it is?’ I said ‘It’s me in ten years.’ So I turned 25 ten years later. That same person comes to me and goes, ‘So are you a hero?’ I was like, ‘Not even close. No, no, no.’ She said, ‘Why?’ I said, ‘Because my hero’s me at 35.’ So you see every day, every week, every month, and every year of my life my hero’s always ten years away. I’m never going to be my hero. I’m not going to attain that. I know I’m not. And that’s just fine with me because that keeps me with somebody to keep on chasing.”

It’s important to see it all, in context, as sound bites and excerpts tend to give the wrong impression. I’ve seen a lot of potshots taken at McConaughey’s declaration that he’s his own hero. That’s not at all what he’s saying.

This is a man who wants to keep getting better. He’s raising the bar on himself as a person. Not just as an artist, but as a person.

Oh my goodness, how refreshing.

Taking it another step, he also said this, referring to his wife and kids: “You are the four people in my life that I want to make the most proud of me.”

The guy may have just become my hero.

Seriously, though, what name did we expect to come out of his mouth? Superman? Derek Jeter? Mother Teresa? Clint Eastwood? Yoda?

I love the idea of turning this notion on ourselves. I’m 52 now. Am I a better person than I was at 42? Definitely. Do I hope to be at 62 a better version of who I am now? Heck yes. Otherwise, what am I doing with my life?

It would be so easy to simply exist. Let the years blend into each other. Stay unaware, unfocused, unfazed.

But I prefer idealistic with a nice mix of realistic. Driven but stopping short of manic. Happy but not too sappy. Curious crossing over into intellectual. Open, affected, observant.

Matthew McConaughey has it right. And he really got me thinking.