The Space Between Schadenfreude and Fantasy 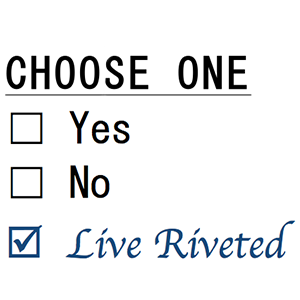 “ … [The] loneliness [Baldwin] felt was compounded by the idea that he was not supposed to feel lonely. It was something his life counselor … often said in sessions, that loneliness is most felt by those who are not alone. Baldwin never fully understood the meaning of that before, but he did now, feeling that he was in a relationship without having one.”

These are the words of author John A. McCaffrey, written about the main character in his novel, The Book of Ash. I have chosen to share them because in this season of gift giving I think they touch upon an important gift we can give ourselves – liberation. For isn’t that what this character’s insight offers?

The liberation is not from our lives as we’ve chosen to live them, but rather on our mindset that everyone else is whooping it up, having more fun, eating healthier, is in a perfect relationship, is fearless, is raising flawless kids or has all the answers. The liberation comes in our thinking, freeing ourselves from the idea that we must be happy if we’re thin, unhappy if we’re overweight, lonely if we’re single or not lonely because we’re married. If this, then that.

It doesn’t work that way no matter how socialized we are to believe it.

As we get set to bring in another year, this goal (or resolution or affirmation or whatever we want to call it) of liberating ourselves from what we think is supposed to be is worth our focus. Like so many others, I have struggled with this. I’m single and I like my own company, a lot. It boggles others’ minds sometimes but I’ve gotten used to their reactions. It doesn’t mean I don’t get lonely on occasion, but truly there are some married people who lead much lonelier existences than me. There will be a number of people in my life who will read this and think I’m talking to and about them. I am, but not really. All that identification with it will just prove the universality of this truth.

At the bottom of this is rut, sometimes carefully disguised as productivity. We all know the people who have so much going on it seems like their lives cannot possibly be anything short of fulfilling. Sometimes they are. Other times they’ve carefully constructed it to look that way, to distract themselves from their emptiness, to keep up appearances, to stay so busy because they are terrified of the stillness unless it’s accompanied by a glass of wine (or two, or three).

Somewhere between schadenfreude (ha ha, they’re really miserable) and fantasy (everyone’s doing better than me) is sweet reality. To get the most out of our lives, we need to Live Riveted to that. We’ve made some choices that got us where we are. We can make new ones that create a shift and maybe just maybe a complete jolt into newness, freshness, possibility.

I feel like I’ve been doing a pretty good job of negotiating this terrain. My life choices are definitely not ones most would make. I can’t think of a soul who lives in the suburbs who would trade their lawn and two cars for my one-bedroom urban apartment. But they don’t need to understand my choice to live here any more than I need to understand why they’ve chosen that backdrop for their lives. Or why any of us have picked one line of work over another or one spouse over another or one vacation spot over another.

The danger territory lies in that place where our choice is not yielding what we want and we keep doing it anyway. We stay, we dig in even. We have our reasons, noble and lazy, guilt-filled and sometimes infuriating or sad. We’re not wrong to expect better, but it doesn’t help to imagine everyone else has what we don’t.

I’ve just begun McCaffrey’s book, so I don’t know what happens to Baldwin. But I sure hope he finds his way.