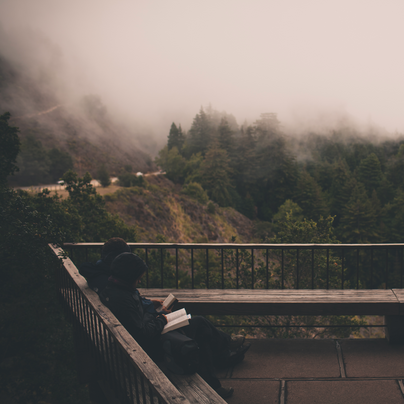 Good morning, imagination. What do you have for me today?

It’s worth saying that sometimes, isn’t it? I feel strongly about it.

Here’s one example of that thinking in motion.

One of the first things I wondered when I stepped into an Airstream was, where would I write? Where would I carve out my little corner? Sitting on the bed with pillows propped behind me? Keeping it conventional at the dinette? Spreading out more in the lounge?

It made me smile. I love that my mind goes there whenever I’m in a new environment.

Ever since being a sports writer back in the 1980s and ’90s and learning to write courtside at a basketball game or on a looming deadline in a noisy newsroom, I have gotten a kick out of writing in all kinds of places. Because suddenly I knew I could.

When Superstorm Sandy hit in 2012 and it was tough to find electrical power anywhere in my town, I derived particular satisfaction from writing a column on my iPad while sitting in the dark lobby of my friend’s building. It was bustling and noisy and I loved blocking it all out and focusing on my screen. In cheerier times, I’ve enjoyed filling journals while in tropical, urban and countryside locales.

It’s how I stake my claim on some space wherever I am.

Sometimes when I watch House Hunters I feel most drawn to the people who have a specific need to see themselves doing what makes them tick in each house or apartment they visit. Where will the piano go? Can I make this tiny room an office? I can convert this to a yoga and meditation space. This could be my man cave.

Visioning. So key to taking a next step in our lives.

I recently did an exercise where the idea was to do a stream-of-consciousness collage and allow the images and/or words to reveal whatever they would. Let imagination spill out. Express without overthinking, or even thinking. I’ve done this with groups of students and I’ve done it with clients and most of them have found it relaxing and revealing.

This time around I only used a handful of images but they were all bold and eye-catching. This is what attracted me the most in that moment. Once I affixed them to paper, it felt like the theme was “go big or go home.” I liked the challenge the result of the exercise presented.

I’ve had students who experienced such simple yet profound revelations from this visioning. Why did they gravitate to that shade of green that dominates their collage? At the very least maybe they want to paint a room that color. Thinking in more ambitious terms, perhaps they want to move from the concrete jungle to a place of green sprawl.

Imagination wants us to strut it out sometimes, let loose, go places while we’re sitting in a chair or walking down a street or arriving in a new place. It wants out of confinement. It wants attention. It’s limitless. It’s colorful. It can be a beginning. It wants us to ponder that leap from seeing it in our minds to being it in our lives.

I’ve learned to embrace that.

Take a rest this evening, imagination. I’ll be calling on you again in the morning.