It can be tough to learn to surf, but Airstream can support anything that makes it easier for people to get out and have fun in the outdoors. Stand-up paddle surfing (SUP) is one of those things. Initially developed as a technique for instructors to position themselves for photos, SUP has developed into its own sport, focusing on racing rather than riding the large waves of traditional surfing.

END_OF_DOCUMENT_TOKEN_TO_BE_REPLACED

Airstreams and Champagne: A Perfect Match 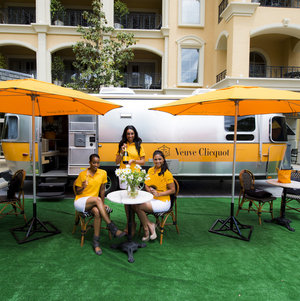 We love it when other companies use and rely on our products. It’s particularly great when the company is one that tries to integrate the Airstream trailer and our philosophy into what they do. Veuve Clicquot is one of those companies.

END_OF_DOCUMENT_TOKEN_TO_BE_REPLACED

Travelling as a team, with the WBCCI 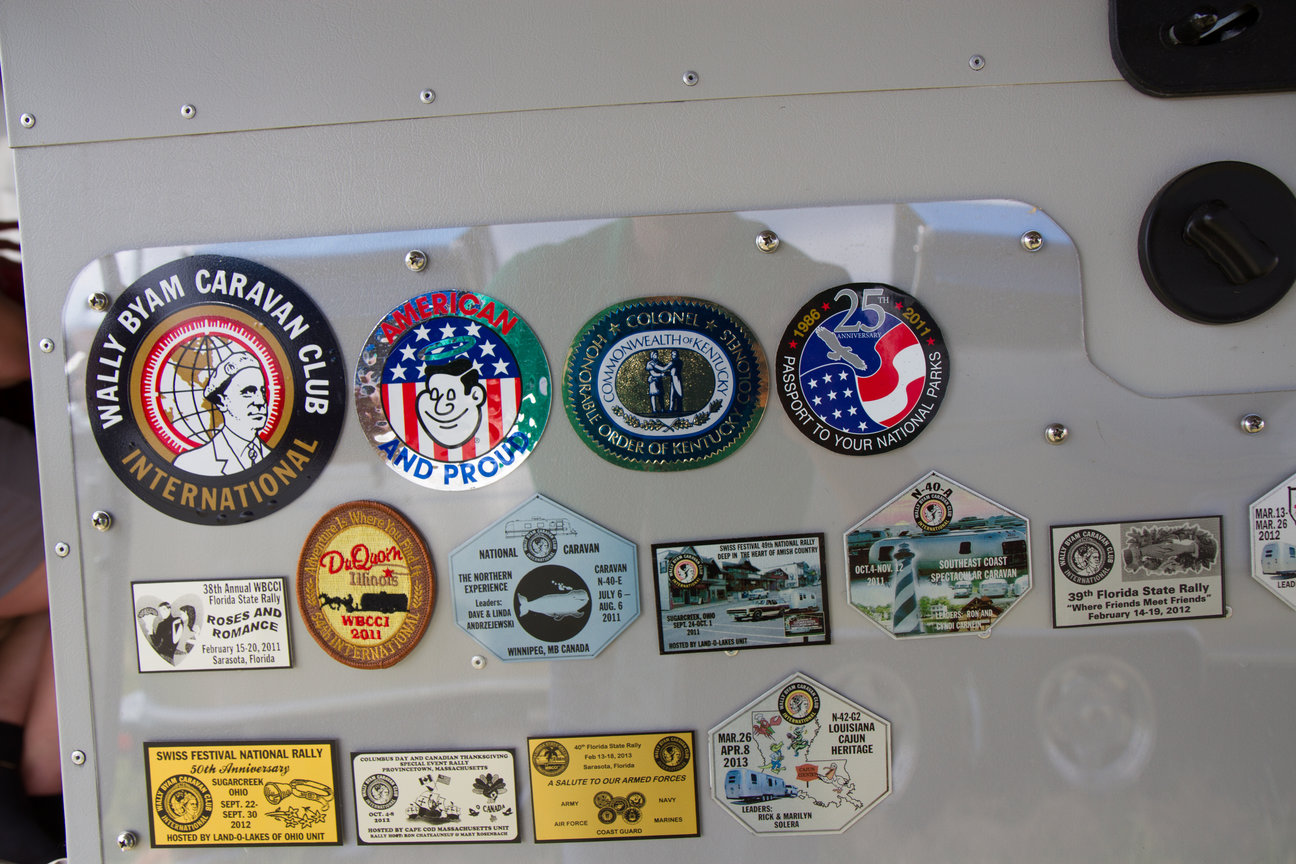 Airstream since its creation, has always had a focus on community. After all, how many other travel trailer companies can boast something as unique and community-driven as the pink flamingo? Whether you’re new to the experience or a seasoned veteran, travelling in your Airstream is just more fun with others. That’s where the Wally Byam Caravan Club International (WBCCI) comes in.

END_OF_DOCUMENT_TOKEN_TO_BE_REPLACED

Going Green on the Road 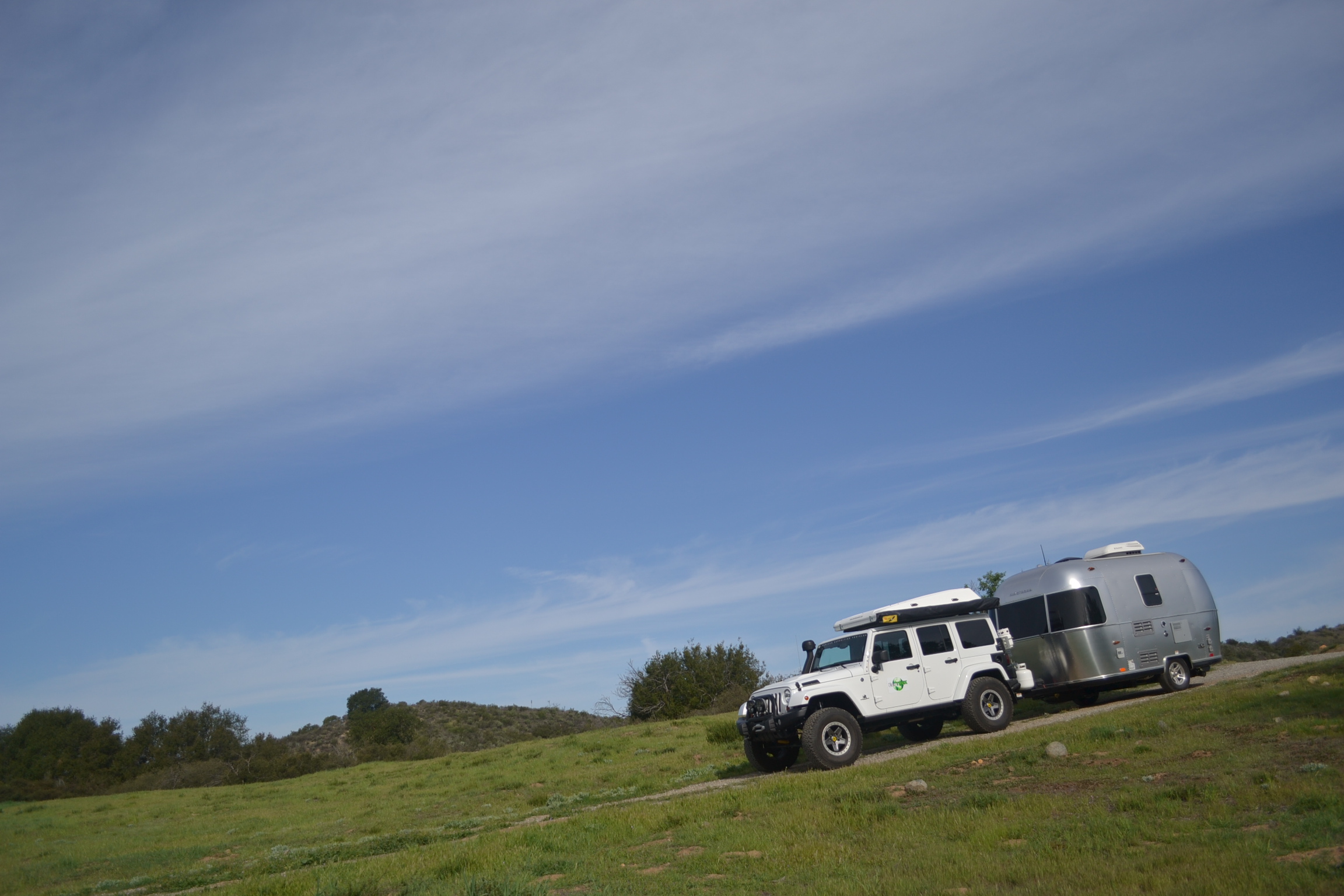 Airstream has long been concerned with protecting the environment – we emphasize efficiency in travel and longevity of use, with almost 70% of the Airstreams that have been built still on the road today. In part because of this nature-conscious philosophy, EcoTrek sought to partner with Airstream.

END_OF_DOCUMENT_TOKEN_TO_BE_REPLACED 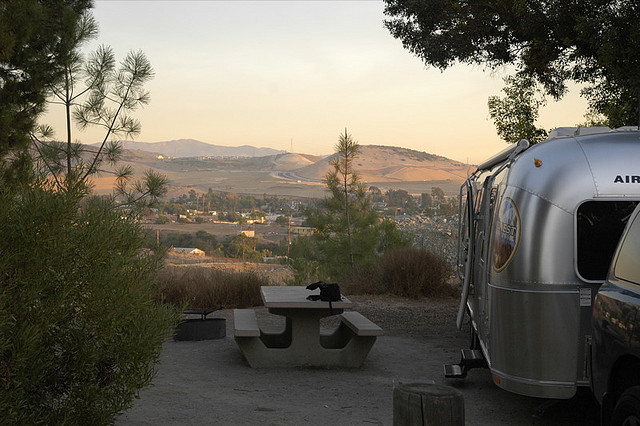 END_OF_DOCUMENT_TOKEN_TO_BE_REPLACED

The Path of a Pacific NW Social Media Road Show

Monica Bennett writes a travelogue based around her non-stop outdoor adventures and culinary discoveries in the Pacific Northwest all while traveling in her Airstream travel trailer. Her recent excursion went from the top of Mt. Constitution in the San Juan Islands to the high desert in stunning Oregon to some of the finest ski resorts in the Pacific Northwest. Her travelogue, Just 5 More Minutes (“J5MM”), keeps her busy traveling, photographing and writing about inspirational people, the great outdoors, and culinary adventures in the beautiful Pacific Northwest.

END_OF_DOCUMENT_TOKEN_TO_BE_REPLACED

Chuck List, 41, lives in one silver aluminum tube, a 2005 International CCD Airstream, and works in another, a commercial airplane. List, a pilot for SkyWest Airlines, is living the Airstream adventure in a way few do: He works 16 to 18 days a month, usually four days at a time, flying around the country. Then he returns to his Airstream to continue his journey on the ground.

“It’s almost a moral imperative to live like this,” he said. “The airline provides me the kind of things I need to sustain a mobile lifestyle. I don’t have to think about going home at the end of a trip. I can just jumpseat anywhere in the country for free and that gets me back to wherever I want to go. When most people end their vacation, they have to think about flying home and going back to work. For me, it’s like going to work then flying back to my vacation.”

Thanks to his acquisition of an Airstream last year, he can travel on the ground portion of his life in style. “I was a voracious VW Westfalia fan for years. I would park my van at the nearest airport, jumpseat to where I was flying, then jumpseat back to wherever I left my van and keep going,” List said. “Then I realized I had a really unique ability to stay out on the road. The whole idea of paying heat and cooling on a house when I’m only there on an average of six or seven days a month—I decided to just move into an Airstream. It’s so iconic. It’s so esthetically pleasing. It wasn’t a hard choice.”

Last year List bought an International CCD, making the jump from van to Airstream. Like many who see the CCD, he preferred its modern lines, and the well-designed and luxurious interior. He took a month off from hiking and traveling to put a cork floor in the trailer and add bamboo countertops, making it uniquely his. And now, he says he loves it even more. List also loves to ski, bike, and hike. He enjoys his time off and the Airstream fits hand-in-glove with his passions.

“I’m a big skier. I’m a lifestyle guy. That’s why I bought the Airstream,” he said. “I wanted to have a nice place to live and a place to store my equipment—the bikes, skis and gear.” He stores the gear in his Toyota Tundra, and calls the Airstream base camp.

List parks his Airstream around the country – typically for a month at a time at any one place. He dry-camps, off the grid. He has the freedom to move from warm to cold, but prefers to leave the trailer in warmer climates so the water doesn’t freeze when he’s away working.

“Keep in mind I fly 16 to 18 days a month,” he said. The rest of that month is spent in the area exploring, hiking, cycling and enjoying the great outdoors. Don’t worry: He doesn’t get lonely. He’s dating a doctor who works half-time and shares his passion for the outdoors and the mobile lifestyle. “She likes the same things, sports, the outdoors,” he said. “We are always off doing something, kite boarding, surfing, hiking, something.”

List was in Montana most of the summer, Utah in November.

His coworkers don’t think it’s odd at all. In fact, they’re joining him. “I know about three other airline people who are starting to do the same thing,” he said. “They realized the freedom an Airstream can give you too. Once you work for this industry you realize how easily you can get around. You can take advantage of the opportunities and really enjoy them. This is a lifestyle industry and Airstream supports that.”